It is1993 when Dole meets Kom in Berlin’s Delirium record store, where both work as vinyl dealers. Complementary music taste and an evolving friendship are the basis for numerous mutual DJ gigs at all the mayor clubs around, like Tresor, E-Werk or WMF. Producing under the moniker Clubheroes, their first single ‘Dum Dum’ is released on Chicago’s prestigious Relief Records. Also, they join the artist roster of legendary Formaldehyd Records. The own label BCC Music is the next step in their artistic career. Founded in 1996, it is the creative launching pad for a massive output. The duo’s probably most famous project is Studio 45 with tracks being released on Azuli, Nervous Records and David Morales’ Definity Records. Under the name Studio 45, Dole & Kom play DJ and live sets all around the world, the title ‘Freak It’ even hits the Top 40 in the UK. In 2004 Dole & Kom start another label: Death By Disco. Already the first EP ‘Any Fuckin’ Nite’ becomes a bombastic banger on Europe’s club dance floors, the following 12” releases receive great feedback, as well. Their refined productions raise more and more interest within the scene, various EPs are released on labels like Bondage Music, Tsuba, Force Tracks, Schatten, Ostwind, Superfancy and Session Deluxe. Just before the year 2011 comes to an end, ‘New Jack Nation’, featuring the vocals of Chicago’s House music legend Tyree Cooper, hits the clubs. With their unique and independent style Dole & Kom match the musical ideal of Acker Records perfectly. There, they release their EP „Trompetenkrähe“. 2012 they become an inherent part of the 3000° ensemble, perform at the legendary Wanderzirkus, Fusion, the 3000°Festival, SOS U.Ground, Wannda Land, Thuishaven Festival (NL), Lethargie Festival (CH), Kee Club (HK), KB 18 (DK) and the successful 3000° Records Clubtour. They release EPs on Voltage Musique Records, Jett Records, Bondage Music, Your So Sweet, Spielgold, Karera Records and their europewide club hits „Quetschkommode“ on Acker Records and Phara – Oh on 3000° Records. Dole & Kom are also popular remixers what led to requests of Karera Records, Ahoi Audio, Acker, Superfancy, Treibjagd, Beatwax, My Little Dog, Shibiza, Shoes, Bags And Boys. Highlights are their Mixes for Seth Schwarz onAcker Records and Acid Pauli & Monolink on 3000Grad. In „real life“ Dole & Kom are trainers at the Noisy Academy Berlin. There they pass their knowledge of music production in Workshops and producing lessons on to interested pupils. Quiet recently the guys got together with Berlin artist and singer Kollmorgen. The collaboration resulted in a release of Silence with Remixes by Seth Schwarz and Mollono.Bass on 3000Grad Records and several live shows all over Germany. The next step of the two workaholics is planned to be an EP for Underyourskin and new vinyls for Spielgold and 3000Grad Records.

Schallfeld is wideness – furrow by furrow and line by line is passing by when paths are merging and diverging in one single moment. The paths of the two Schallfeld-members Philip and Jörg, both children of the 80ies, also first merged 2008 in Halle and diverged again until in 2015 Schallfeld was created. In the years before Philipp, Erfurt-born PhD student of biology, was caught by the rising ElectroSwing-wave and as DJ started participating the Hallish club culture. Jörg, producer originating from a German Rap Project discovered his passion for the minimal sound of the 00ies and founded a Live-Electronic-Project with two musician-friends. In the following years both projects showed up in various German cities like Halle, Leipzig, Berlin, Erfurt and others – and sometimes also at the same party as following acts. Paths merge and diverge. When in winter 2013/14 a new studio merged various musicians and projects together, the two met again and soon found a common interest about tech-sounds in all their simplicity and complexity. In spring 2015 they started producing first demo tracks and first sessions and half a year later a first release was droped. By now EPs for the Berlin-situated labels Grossstadtvögel and Finn Records were published and several EPs are already planned to come out summer and autumn this year. Dont miss it! 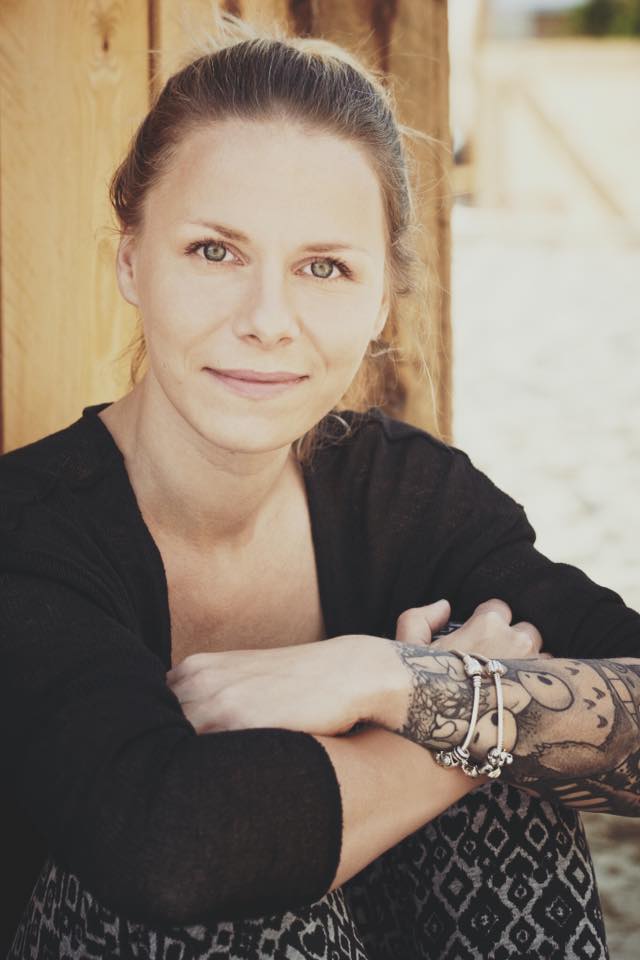 born in the 80’s near berlin, it all started as young girl going to a lot of concerts of all different kinds of musical styles. getting older, clubbing through berlin started, dancing whole nights, feeling the music, open minded to all kind of music lead her to electronic sounds – mainly influenced by james holden & nathan fake. some years later it all became a bit more deep but still you can notice the influence by producers like extrawelt, max cooper, nicolas jaar, stimming… and it all „really“ started with a mix tape for her own car, having all the favorite tracks together in one set. the first mix got her and the goal was to learn the dj’ ing like it should be. She bought turntables, mixer and vinyls. Followed by some releases and remixes at “der turnbeutel” & triebjagd records, she loves to come around and let people feel her own emotions through music. Today it`s a big passion for her and she puts a lot of emotions in every mix – as schNee says: „I call it a musical experience“.

Vamos Art – That is Lars Giereth and Andi Zielbauer from Stuttgart

Both have been engaged as residents in the Decadencia Event Series where they have already shared the stage with well-known names of the scene. While Lars has been turning the black gold since 2005, Andi got on board in 2009 with productions and live sets. Their musical background also shows further parallels – both were active as drummers in their youth for many years. Rhythm and beat have always been a part of their life. In the middle of 2012 they finally came together and then of course what happened was: Vamos Art was born! The Tech-house sound of Vamos Art is mainly characterized by soulful sounds and playful breaks that cause shivers on the dance floor. Melodious sound carpets are part of their musical repertoire as well as the driving bass lines.
We are looking forward to their upcoming productions in the near future.

Bastian Lehnert is founder of the eventconcept stay|tuned which is celebrating its fifth anniversary. As a skilled audioengineer, Bastian has 16 years of experience behind the decks, is appointed resident DJ of the first and unique SodaClub Salzburg and has displayed his talent and energy at numerous gigs in hole Europe. His EP „Traces Of Nuts“ on DeepTech Records and his EP „From Top To Bottom“ on Draft Ltd Records were in Beatport Top100 several weeks; he released many other hot stuff on Baile Musik, Lethal Script Label, Cervidae Recordings, Zoo Lab, Whoyostro Music, ReFresh Your Mind, Grossstadtvögel Berlin & Global Ritmico. Clubbers expectations are always exceeded by Bastian’s mix of sound; if you haven’t experienced it yet, hurry up and don’t miss out. 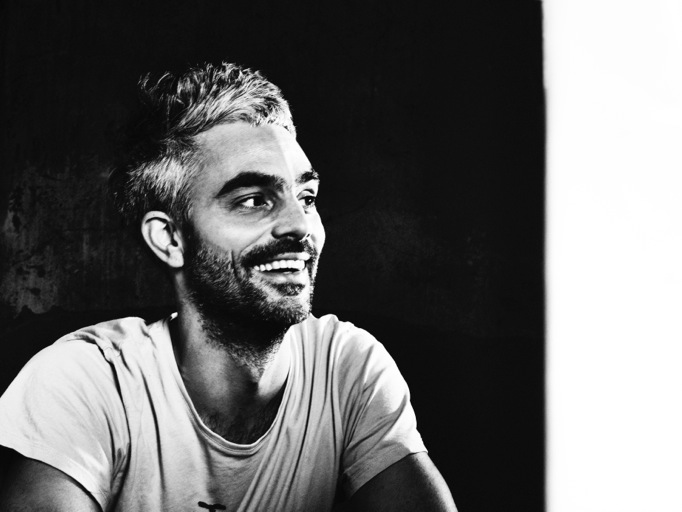 doing blabla in blabla and blabla til blabla, david dinger decided to
blabla after thinking and listening a lot to blabla. bachstelzen blabla, bla25 and katerblabla made him very blabla. blabla, blabla and
blabla are very blabla. since blabla is not only a blabla but also a
blabla, getting blabla from blabla makes blabla more blabla. this is the
only blabla. let there be blabla!

Djulien Ferrantes who was born near Rostock is a typical northern light. Somewhat quiet, cautious and always courteous but in the right spot at the right time also forceful and determined. This is rather something cool in a sense that kind of born northern is broken by his creative quest. From a young age he began to express himself through music and the way led him steadily upward. For some time the DJ craft has been a rather active but quite successful pastime. But with his move to Berlin he wanted more. He quickly adapted to the Berlin culture as though there was a nearly seamless transition between Rostock and Berlin. Soon the time had then come for a decision which had to be made because the music took more and more time. Without further ado he quit his steady job and began training as an Audio Engineer. Through this he was able to gain new experiences, contacts and most importantly knowledge. After his final one led to another. Due to his very own style of music which is composed of a mixture of Deep Techous and Afrotech and his very good quality in producing “Grossstatdvögel” noticed him and signed him as an artist. He is not however satisfied with his already good range of creative musical work. In addition to being a producer and DJ, he has began training as a sound designer to satisfy his experimental side and may be able to get into the film and television business. So if you are looking for a music loving, experimental, flexible, enthusiastic but also equally responsible and uncomplicated artist, is Djulien Ferrante’s always a good advice.